Arduino Vs Raspberry Pi: Who Is Winning This Game?

Today the world has evolved from what we were ten years ago, technologies dominate all the fields and even young minds are encouraged to push themselves towards understanding the integration of robotization in their day-to-day lives. There are several techniques and programming languages that are used to make automation possible.

Integration of machines to make them advanced tools are the next big future whose glimpses can be seen based on the projects available right now, starting from the robotic arm to the fleet of flying drones, all the futuristic ideas are now true.

Also, check out: The Guide To Buying The Best Computer Monitors

In this article, we are going to discuss Arduino and Raspberry Pi that are single-board computers that make these creations possible. Also, the most commonly raised doubt about which being better, their differences, and their characteristics would be discussed.

Arduino is one of the several single-board computers and an open-source hardware and software company. The company manufactures microcontroller kits and microcontrollers required for building digital projects.

It was initially launched in the year 2005, to help the students at the Interaction Design Institute Ivrea in Ivrea, Italy, to build projects like motion sensors, thermostats, simple robots, etc with sensors and actuators.

Some several components and pins are placed on the circuit board and are arranged accordingly in a specific pattern such that they can be easily connected to another add-on board or shield. With each new launch, there are some variations on the design of the board but a basic Aurdno board would contain the following parts:

There is a specific number of pins arranged on the board systematically. The pins are the connecting ports through which various other components that one wants to connect with Aurdino can be connected. These pins can be broadly classified into two main types:

These pins can be used to read and write a single state, that is, either on or off. The Arduino in common has 14 digital pins for input and output together.

These pins can be used to read a range of values. These are useful for obtaining more fine-tuned control. The Arduino commonly has six of these pins for the same.

The microcontroller is the basic component or the main chip that gives the space for the user to program the Arduino such that the desired outcome is obtained based on the pre-instructed decision-making commands concerning the input.

This primary chip or microcontroller varies based on each type of Arduino but basically, they are the Atmel controllers which usually are either ATmega8, ATmega168, ATmega328, ATmega1280, or ATmega2560.

Even though differences between each type of microcontrollers are subtle one of the biggest differences that can be identified even by a beginner is, the different amounts of onboard memory available.

The other components include a serial connector or a USB port, oscillator, voltage regulator, and a power connector that provides power to the LEDs as well as the device.

The software part of Arduino is the programming that is mostly written based on the IDE, that is, the Integrated Development Environment which allows the users to write the codes in a special environment designed with syntax highlighting.

There are other important features available that help in making coding easier such that it can then easily be loaded onto the device or machine by a simple click or button.

The Integrated Development Environment of Arduino is also an open-sourced software. It can be used to write codes for different types of OS or platforms such as Windows, Mac, and Linux using the Java programming language.

Also, check out: 10 Best Linux Launchers You Must Know About

What is Raspberry Pi? 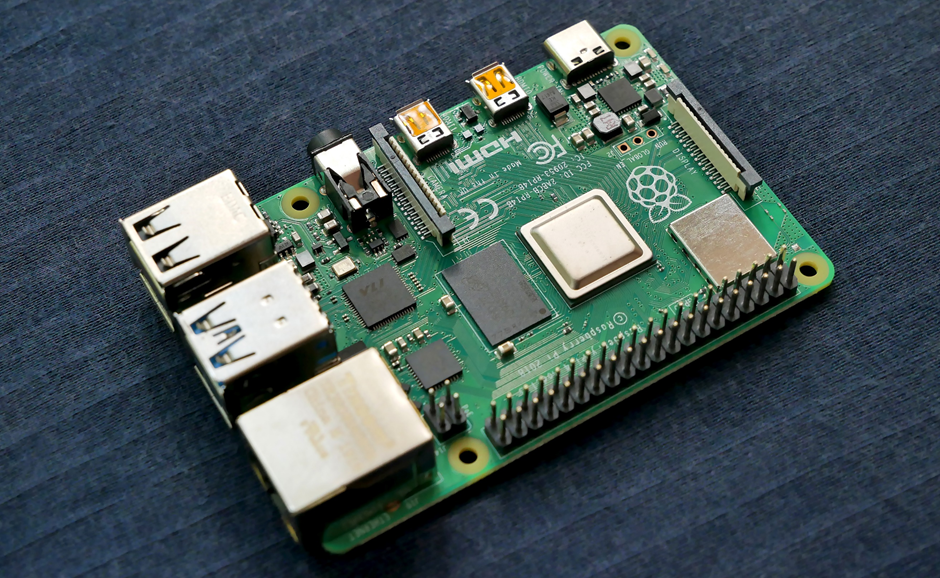 The Raspberry Pi is also a single board computer created by the Raspberry Pi Foundation, a UK charity organization. It was launched to fulfil the aim to educate people about computing and provide access to easy computing education.

It is mainly used for learning programming skills, building automated or other hardware projects, making home automation possible, applying them to real-life problems, and for industrial applications. This electrical component enables the users to build and explore IoT (Internet of Things) on different levels in LINUX.

There are several models of Raspberry Pi launched such that each has its characteristics and their pricing ranges from $20 to $35. It is an open-source environment with a suite of many software which is called Raspbian, forming its main operating system.

The hardware components of the Raspberry Pi circuit board are the processor, microcontrollers, USB port which is connected to the system on a chip (SoC) directly, a video controller, real-time clock, and the possibility to be connected and used with a keyboard, mouse, etc. Based on the construction and type the features like performance, RAM capacity, etc differ.

The Raspberry Pi can be used to work with the official Raspbian OS and supports other software like Ubuntu Mate, Snappy Ubuntu Core, and the Kodi-based media centres OSMC. The non-LINUX-based LibreElec can also be used. The Windows 10 IoT Core is also supported. One need not confuse this with the Windows used in desktops and PCs as both are different platforms.

Even though both the Arduino and Raspberry Pi are commonly used single board computers, they are different in terms of their construction, uses and both have their advantages and disadvantages.

Also, read about: A Complete Guide To Buying Linux-powered Laptop

In this article, we have covered everything about Arduino and Raspberry Pi and their key differences. Hope this information was useful to create an interactive environment between the machine and the real-time surrounding to create devices to solve real problems.

WordPress Hosting Review: All That You Need To Know

Huawei FreeBuds 4 Review: Is It Better Than Apple AirPod?

4 Best CPUs For Your PC That You Should Not Overlook!

4 Best Cloud Backup Services Of 2021 Made For You!

5 Best Streaming Devices In 2021 That You Should Look For!

It Takes Two Review: The Adventurous Co-Op Game Based On Matrimonial Alliance

All About The Most-Awaited Smartphone: OnePlus Nord CE 5G