Speakers are and were an essential part of everyone’s lives as music, videos and audio could be enjoyed much better with it. This is an important aspect especially while entertaining a huge crowd or having a good family time, however, outdated old speakers are usually kept aside and not used. Here is how you can convert wired speakers to wireless.

These speakers might be in working condition but the old versions are usually wired rather than the wireless ones that are available on the market.

Also, read about: Comparison of Amazon Echo And Google Home – Which Is The Smarter Choice

In this article, we are going to focus on the techniques which can be used to convert wired speakers to wireless hence using the same speakers with better mobility and user experience!

Why convert wired speakers into wireless?

Wireless speakers are portable speakers with all the features that a wired speaker provides. This technology is a recently launched technology that beats the older versions in terms of comfort, features, and better mobility. Unlike the wired speakers that require a power supply source to operate, wireless speakers have an in-built battery to store the energy once charged for a specific period.

Apart from these reasons that one must consider before choosing the right type of sound system for themselves, there is yet another important reason to shift from wired to wireless, which is the availability of devices that can make wired speakers wireless and hence be a cost-effective solution to upgrade.

In case if you already own wired speakers and the stereo receiver connected to it which is used to enjoy movies and music, then you need not abandon them to upgrade your lifestyle with new wireless smart speakers as the techniques for enabling wireless connectivity to your current set up is possible.

These speakers could be either self-powered, a 2.1 system, or with a receiver, turning them into wireless is very easy to accomplish.

Google Chromecast is used to cast or stream media such that various contents can be viewed on larger screens such as television. Google Chromecast Audio is similar to that with the difference of streaming audio instead of video or image media.

His is one of the most convenient solutions to turn wired speakers into wireless especially when you own only one speaker. This device streams audio outputs with the help of Wi-Fi connectivity through the Google cast platform.

The audio source could be smartphones, tablets, PC, etc hence it is convenient to use just like the wired ones but with better efficiency. A combination 3.5mm aux or the optical port is used for the output of the audio media and it can be hooked directly to either the speaker or the receiver.

The Chromecast Audio comes with a USB cable, a power adapter for USB, and a 3.5mm cable for audio connectivity. It can also be used for visual or optical connectivity with the help of a 3.5mm TOSLINK adapter.

TO connect it with the stereo one needs a 3.5mm stereo splitter which is used to convert the single 3.5mm output into a pair of RCA plugs for stereo. This is not required if the speaker already has the RCA plug points. The Google Chromecast can be used to power multiple rooms as it works based on Wi-Fi connectivity and can control several speakers at once.

If you want to experience a truly smart wireless speaker then try Amazon Echo Dot. This solution enables the users to control their speaker by voice commands using Amazon’s Alexa Voice Assistant. 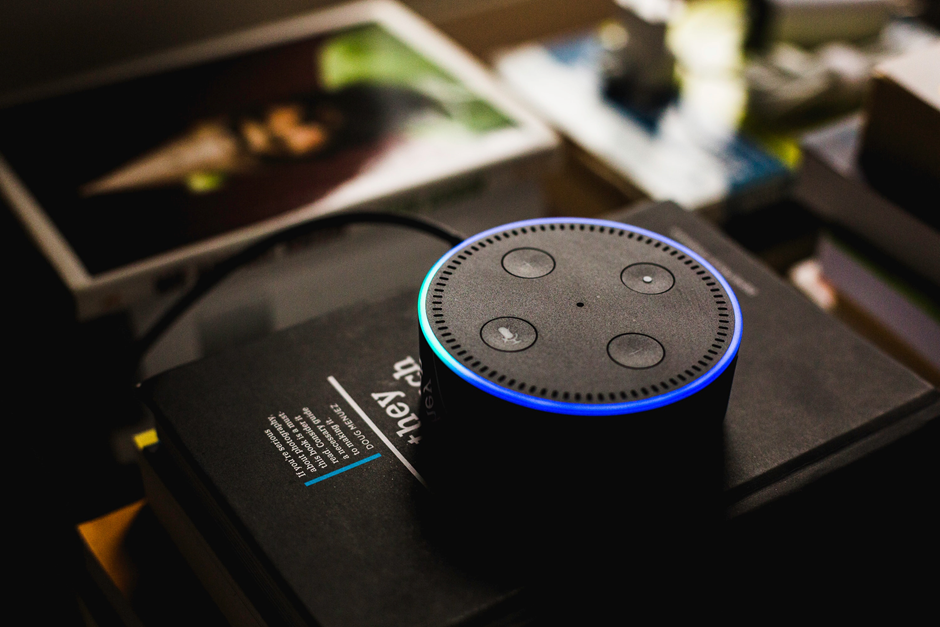 Amazon Echo dot is a compact, voice-recognizing microphone array that with the help of Alexa transmits your commands to the audio being played in speakers connected to it through adapters of 3.5mm output, that is, even your bigger speakers can be connected to it and controlled wirelessly.

With help of Alexa, one can play any music or audio media available on Amazon without actually changing the content physically. The smartphone media can also be played, as this device consists of Bluetooth connectivity features also.

However, one drawback when compared to the Chromecast is that the Echo Dots cannot be used simultaneously in different rooms but different Echo Dots can be assigned to each room.

Also, check out: Is Alexa Not Responding To Your Commands? 6 Ways To Fix It

The above-mentioned solutions are for speakers that can be powered directly. In the case of unpowered speakers, try the following solutions as the previously mentioned ones would not be useful.

The regular speakers turn wireless with the wireless speaker kits as they convert the audio signals and transmit them as RF or Radio Frequency signals. The output is high-quality audio that can be used for surrounded system or other wired speakers.

The wireless speaker kit consists of a transmitting unit that accepts the input from different sources and a receiving unit receives the media transmitted from the former. The signal is then processed by the receiver and along with an amplifier, the wired speakers’ can be converted into wireless. 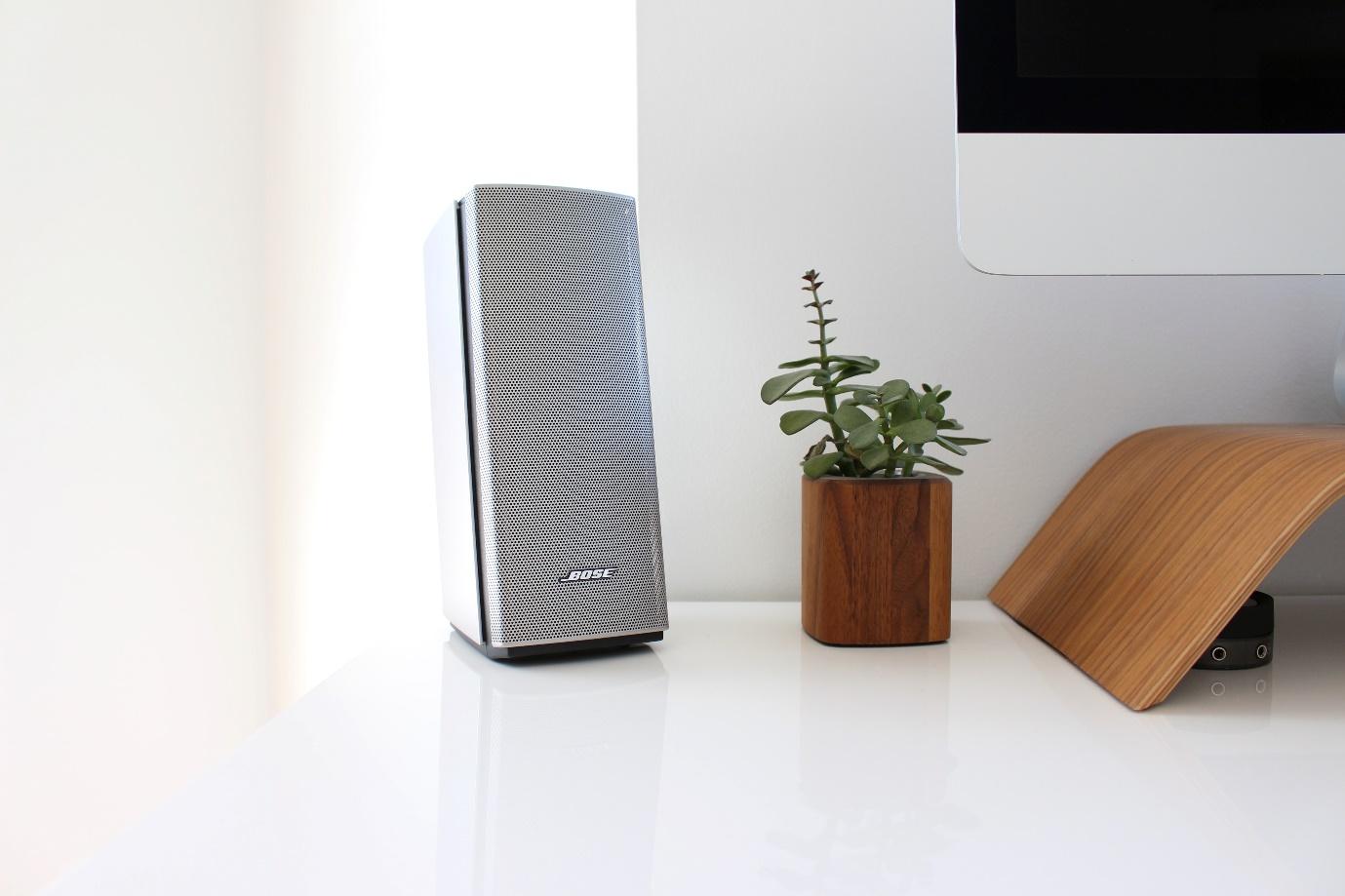 Point to be noted:

The amplifier has to be attached along with the kit as it doesn’t have an in-built amplifier and it is required for transmission of power as most of the speakers are passive, that is, do not have their power supplying source. In the case of an in-built amplifier, the output power is drastically reduced, hence it is recommended to get a separate amplifier.

Another option can be used for Bluetooth audio streaming such as the ‘Audioengine B1 Bluetooth Receiver’, which can be connected to your powered stereo or speakers and paired with the smartphone, to share the music in it to the speakers to produce high-quality sound.

In this article, we have discussed some of the best options to convert wired speakers to wireless instead of buying an entirely new set of speakers. Hope this was useful for you to turn your old speakers to function just like the modern smart speakers.

5 Lightweight Gaming Laptops That Every Avid Gamer Should Use

Apple AirTag: Your Keys & Phones Will No Longer Get Misplaced

Should You Sanitize Gadgets During Covid-19? Here’s What You Need to Know

Want To Add Lyrics To An Instagram Story? Here’s What You Need to Know

A Guide To The Samsung Secure Folder

How To Add Dual Monitors On A Mac?

Want To Add A Monitor To A MacBook Pro? Here’s What You Need To Know!

Want To Remove Subtitles from MKV Video Files? Here’s What You Need to Know!

Want To Breathe Underwater In Minecraft? – Here’s What You Need To Know!

New To The World Of Gaming? Learn About Lag Switch

How To Uninstall Avast Cleanup – A Complete Guide

Why Does My Xbox One Turn on by Itself? 6 Causes And Its Solution

Learn How To Copy And Paste On Facebook With These Easy Methods!

Want to Connect Switch to Laptop? – Here’s What you Need to Know!

6 Easy Fixes That Will Let You Watch Unavailable YouTube Videos!

Connect AirPods To A Chromebook For A Better Experience