How to Use Apple Music, TV, and iCloud on Non-Apple Device? 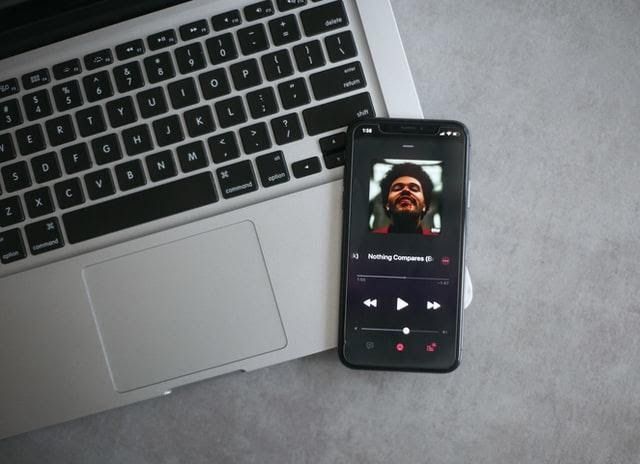 Ever since Apple started manufacturing its products it has kept its services locked only to its devices. No non-apple device could use their service. Many people even released and opted for Android to iOs switchers. If you are one of them who uses an Android to iOS converter app or website. Then we suggest you stop using such websites.

Such untrusted apps are dangerous for your device. These apps can not only store the basic data you provide but also use cookies to find out what app and content you use.

Perhaps you would have even noticed that the services that Apple runs are no longer available only to the Apple products like iPhones, iPads, and Macs. While Apple devices still offer the best experience for apple services, you cannot access all apple services on non-apple devices.

In this article, we will tell you what to do in terms of getting a few apple services on your non-apple device. It is particularly handy if you either own an apple subscription or share it with family members who aren’t using Apple devices.

3 Ways to get Apple services on non-Apple devices

Let’s begin with one of the most popular apps in the Apple service, Apple Music. This app boasts access to more than 75 million songs that you can stream or download for offline access. It also contains genre-based radio stations available along with the curated Beats 1 radio station.

Apple’s Spotify was the first iOS app to appear on Android. If you are an Apple Music subscriber and you have an Android device, you can install Apple Music for Android to get all the streaming access.

Read also: Connect AirPods To A Chromebook For A Better Experience

If you don’t have an apple music subscription, it will be a good idea to get one. The subscription includes unlimited access to Apple Music songs, spatial audio with Dolby Atmos. You can even get access to curated, mood-based, user-created playlists and lossless audio on the device.

You even get access to Beats 1 Radio and offline song playback and a lot more. Sometimes, when you fail to get to your music library from the desktop application. You can open your computer or Chromebook and use Apple Music on the Web. However, by doing so you don’t get the advanced features like offline syncing, but it’s another way to access Apple Music from non-apple devices.

The Apple TV app covers the movies and the shows that you have got from the iTunes store. Like Apple Music, iTunes for Windows is the best way of getting at Apple TV. Although it has not happened yet iTunes has been already replaced by dedicated MUsic and TV programs on macOS. And this is more likely to be put into Windows computers too.

Read also: Apple AirTag: Your Keys & Phones Will No Longer Get Misplaced

A growing number of smart TVs that are being manufactured and released now have a dedicated Apple TV app. This will support AirPlay if you have an Apple device nearby. Apple keeps an updated list of such smart TVs if your set is on the, you can watch Apple TV Plus content. Not only Apple TV Plus content but you can also access anything that you have purchased from iTunes on your TV without getting an Apple TV box.

iCloud and other services

If you sign in with your Apple credentials then everything from your Apple inbox to the online version of pages, numbers, and keynotes will be easily available to you. If you use Windows computers, you can also download and install iCloud from the Windows client.

This will sync iCloud Drive files, photos videos from Apple Photos, and more to your non-apple computer. In addition to all this, you can also sync your iCloud passwords and your Safari bookmarks to Google Chrome or Microsoft Edge as well.

iCloud in non-apple devices doesn’t have the integration that macOS has. But it does allow you to get images and videos from your Windows PC into your iCloud locker. Moreover, you can even transfer files. After the initial sign-in process, everything should work smoothly. You can even set our Apple email and calendars to Outlook on Windows.

That said, despite the little steps Apple has taken to improve their services, you are not going to access all the apple services on a non-apple device. Apple news is another service that is locked for Apple devices. Apple fitness Plus requires an Apple Watch to work properly, which means unless you have Apple smartwatches with you, you cannot sign up with non-apple smartwatches.

Perhaps, in the coming years, Apple might make more services available to other platforms like windows, without having to connect to any of their devices. Even though Apple products have the best quality, still they are quite expensive to afford.

Hopefully, this article helped you get acquainted with all the necessary information required to operate Apple Music and other Apple services in non-apple devices.