A Detailed Guide To Sync And Connect To Ps4 Controller

The PS4 or PlayStation 4 was launched after the PlayStation 3 in the year 2016 and is a product of Sony Computer Entertainment. It competes with other playing consoles such as Xbox One, a product of Microsoft and Nintendo’s Wii U.

Also, read about: 4 Techniques To Free Up Space on PS4

This popular video gaming console gained popularity among the users and gamers as its design was appreciated to fulfil most of the user’s needs. In this article, we will check out more about this gaming console, learn how to sync PS4 controllers, and their features.

The PlayStation 4 commonly called the PS4 is a slim and compact version of the previous model. This version’s high-end model called PS4 Pro has further advanced features such as 4K Resolution, better GPU, and CPU with a higher clock rate. To further understand its functionality and features let us check out its specs in terms of hardware and software.

The PS4 uses the CPU with the Graphics processing unit or the GPU, video decoder, memory controller, and other components combined forming a single unit. The APU or the Accelerated processing Unit developed by a collaboration of Sony and AMD is used.

Here are some of the key technical features that make PS4 stand out from its previous versions:

The ability of the optical disc to read the Blu-ray Discs is three times faster than the PS3.

It supports 1080i and 1080p video standards whereas the PS4 Pro supports the 4K resolution. The camera has two-pixel lenses of 1280×800 pixels, that can be used for different operational modes.

The original device is provided with about 500 GB for external storage which could be updated to enable the use of an external USB drive providing up to 8 TB storage space.

The PS4 allows connection through either Wi-Fi or ethernet, supports Bluetooth connectivity, and has two USB 3.0 ports. An auxiliary port to connect the motion-sensing digital or PS4 camera is also provided, however, this camera is optional. Syncing the PS4 controller with the console is done using the cable provided along with the controller.

The video output is HDMI output and the audio is of optical S or the PDIF audio type.

When not in use, instead of switching off the console, the PS4 allows its users to put it in the ‘Rest Mode’ that consumes low power and the interrupted game can be immediately resumed once the console is awake from the state. Another advantage is that downloads and updates of OS, games, etc can be done in the rest mode.

The PS4’s primary controller called the DualShock 4 is a much more sensitive, advanced, and better controller than that of PS3. Let us check out the features of DualShock 4 followed by the steps to connect and sync it with the output display. 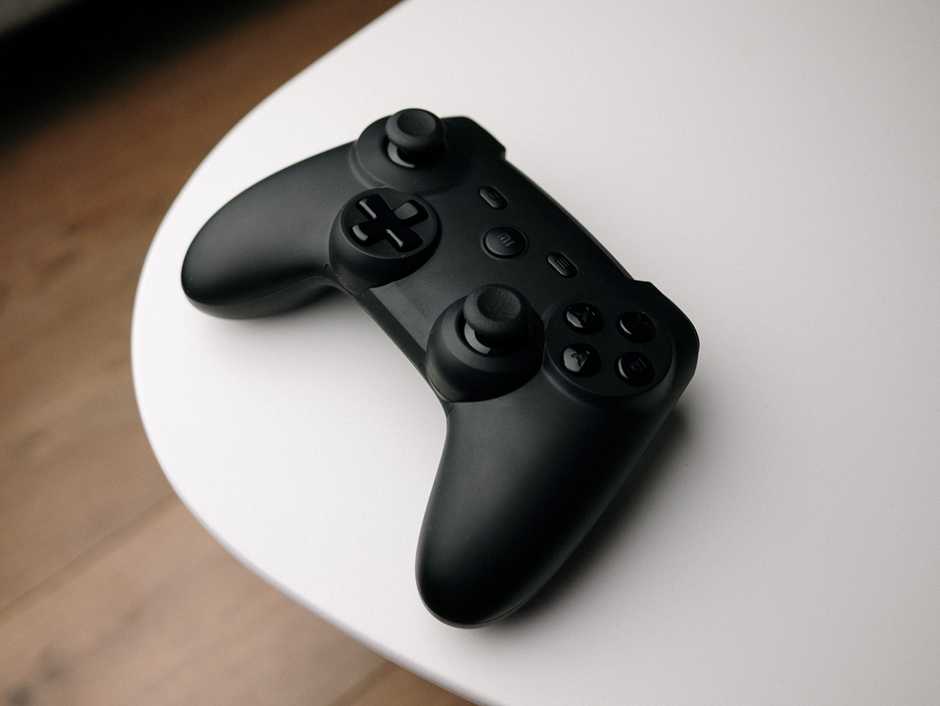 The DualShock 4 can be connected wirelessly to the console using Bluetooth connectivity for a comfortable experience. When compared to its previous version, the DualShock 4 controller is much advanced and has several new features.

To begin with, the most prominent difference is in its appearance and design as the latter version has robust-looking keys. Some other add ons are the fact that it can be charged even when the PS4 console is switched off and the buttons are located in the ‘a+’ frame.

Point to be noted

When PS4 was launched the most common doubt was clarified by the president of Sony Worldwide Studios, Shuhei Yoshida that the DualShock 3 would not be compatible with PS4 and an exclusive controller is required to enjoy gaming in the advanced version.

Sync and connect to DualShock 4

The process of connecting the controller to PS4 is not that complicated hence one need not worry as it is simple, even for the beginners or the budding gamers venturing into the world of gaming.

Here are the steps to sync a PS4 controller to the console.

Step 1: Fire up the DualShock 4

Once the controller is connected using the USB cable, it should automatically respond and connect to the console once the PS4 is switched on. If this doesn’t happen, make sure that the controller is fully charged and check for any fault with the cable. 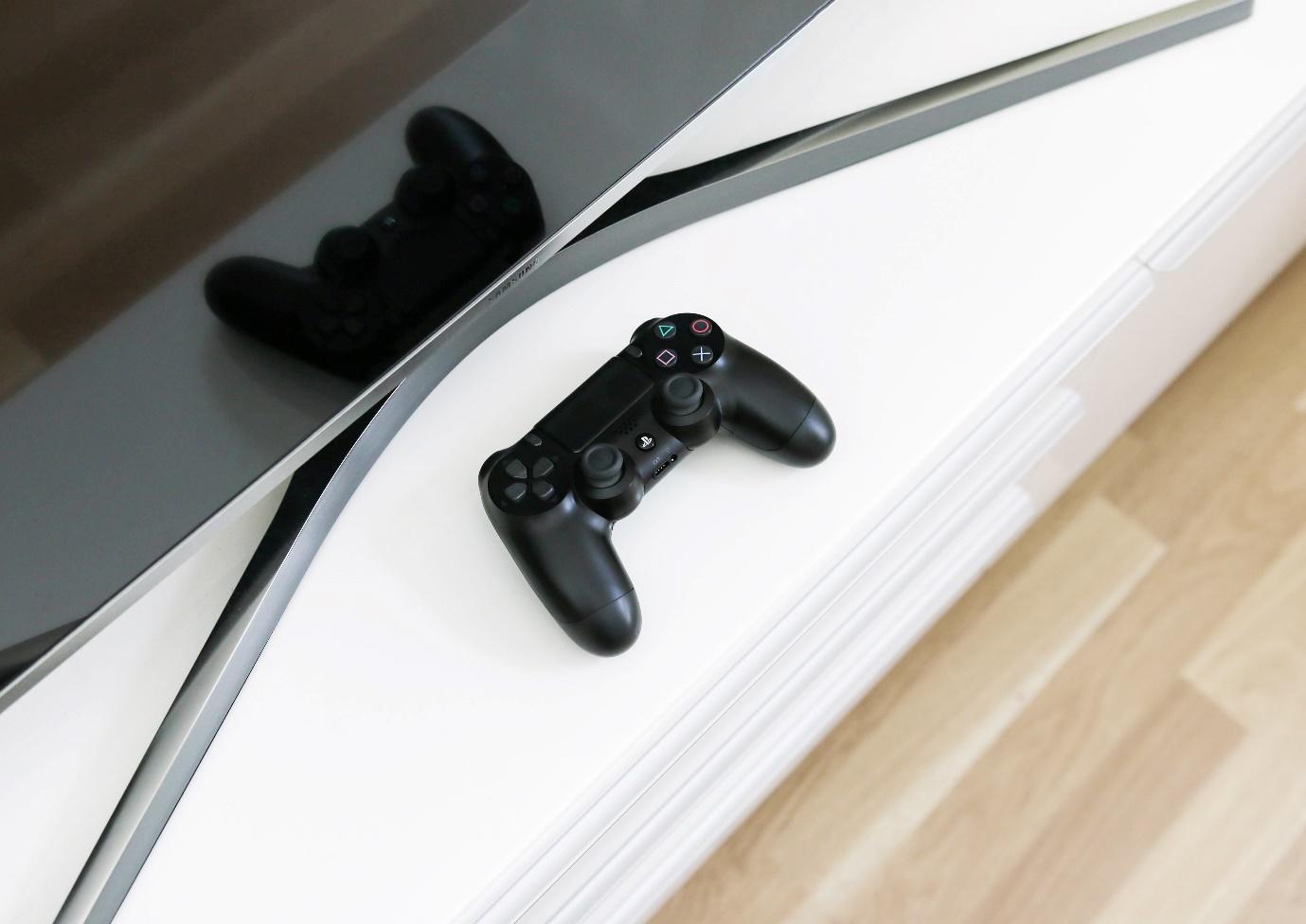 Ensuring that the controller is active is quite easy as the light bar located at its back would glow if activated.

Step 2: Check out the player number

Once activated, the light on the controller should glow blue, if you are the first player. The light would be red indicating the second player, green for the third, and pink for the fourth player.

Here are the steps to sync the PS4 controller with Android devices wirelessly:

From the Bluetooth settings of your device, turn on Bluetooth and scan for new devices. A list of devices ready to be paired would be displayed, from that search for the Wireless Controller and connect with it.

Also, check out: Want To Stream PC Games On Phone? Here’s How You Can Do It

In this article, we have covered the features of DualShock 4, the exclusive controller designed for PS4 along with the steps to sync PS4 controllers with the console and Android devices. Hope this was useful to understand the specs of PS4, its difference from PS3, and the advanced features it has making it much preferable and user-friendly.

Connect AirPods To Chromebook For A Better Experience

3 Simple Steps To Set Up A Media Server At Home

Learn How To Use USB Tethering On Different Devices

Does Your PS3 Have Backwards Compatibility? Find Out Now!

Don’t Get Wired: Everything About USB To Aux Cables!

A Guide On How To Enable Dragon Age Origins Cheats And Cheat Codes To Ace the Game!

Learn How To Make A Clan In Destiny 2

Want To Add An Extra Thrill To Your NFS game? – NFS Most Wanted Cheats

OnePlus 9 Pro Wireless Charging : Everything You Need To Know.

4 Ways To Unlock A Frozen Mouse On A Laptop

DIY Fixes When Your Xbox One Won’t Turn On

A Guide On How To Change DVD To ISO Image.

Having Problems With Your Ipad? Try To Hard Reset It!

Having Problems With The Steam Broadcast? 7 Quick Fixes