DIY Fixes When Your Xbox One Won’t Turn On

Xbox One was launched by Microsoft after the Xbox 360 in the year 2013 against PlayStation 4 (Sony), Wii U (Nintendo), and the Switch. This successor is an eighth-generation console, marketed as the one-stop solution to entertainment. However a popular problem is when Xbox one won’t turn on. Don’t worry ! We have got you covered.

Unlike the Xbox 360 version, this uses the architecture used in the original Xbox and has an AMD Accelerated Processing Unit (APU), designed with additional features.

Also, read about: What Is Xbox Live Gold Subscription? Is It Worth It?

Microsoft’s Xbox and its versions are known for their best gaming experience however some glitches might be encountered. In this article, we will cover everything about the popular Xbox One console, its features, and discuss the troubleshooting techniques of one such problem, in a case where the Xbox One won’t turn on.

The solutions and these quick fixes might be helpful to identify and solve the root cause of the issue.

Let us first check out the unique features that this gaming console provides its users. This console gained positive inputs for its better controller design, gaming experience, and inclusion of voice navigation.

Check out the cheats that you won’t regret knowing in Xbox GTA Three: Get On A Winning Streak: GTA 3 Cheat Codes For PC And Xbox

When compared to its predecessor, it is a lot quieter, reliable, and has a cooler design but one major issue that users face is the low graphical level while running games. However, the software changes post-launch improved the tracking accuracy, face recognition logins, and voice controls. It is supported by Windows 7 and the later versioned devices.

The Xbox One controller has a redesigned model that was worked upon the Xbox 360 including new structural design, D-pad, and directional haptic feedback delivery, that is, 3D touch or kinaesthetic communication was improved.

The gaming console consists of a large air vent and has an Xbox logo glowing by the LED rings similar to the previous version of the console but on an overall scale, it is a simplified, horizontal, and entertainment-oriented device but just 40% smaller in size. The Xbox One was followed by the Xbox One S that was launched in the year 2016, with improved support for upscaling of the video playback from 1080p to 4K resolution. Further, the hardware specs were upgraded and the Xbox One X was launched in the year 2017. Click here to know more about the Xbox Series X and its features. 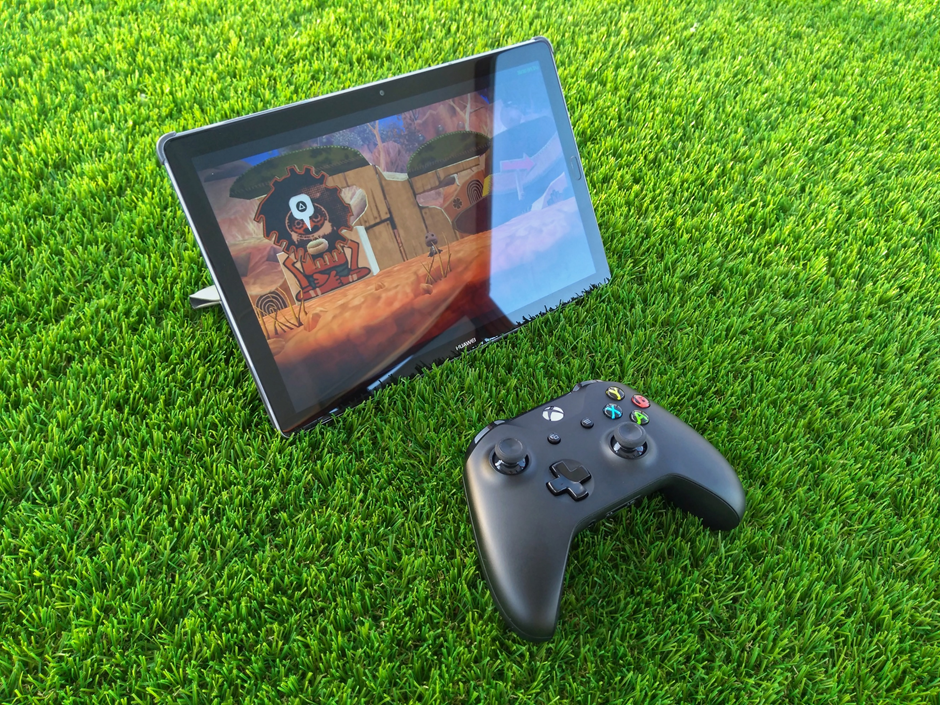 Xbox One controller is wireless with smooth form, modified triggers with a textured finish, a four-way direction control pad, shoulder buttons, and curved edges. The previously used Menu and View buttons were replaced by the Back and Start Buttons.

The controller has light emitters that are detected and tracked using the Kinect sensor such that a low power state can be attained when not in use. A 3.5 mm headphone jack, micro USB port, cable, and Bluetooth support are also included.

Also, check out: Can’t Play Your Game Because Of The Binkw32.dll Error? – 4 Easy Steps To Fix It

Why is the Xbox one not turning on?

If the Xbox One is not turning on right from the start then the user must immediately contact the service provider or the dealer to proceed with either changing the console or repairing it.

For those users with a console that suddenly is facing this issue, first, must try checking for proper connectivity of the power cable connected to it as well as the end connected to the power supply socket. If the Xbox doesn’t show any sign of life even when the connection is done correctly then try using the following tips to fix the problem.

The Xbox One console can be used only when a suitable display is detected by it, in the case of the non-reacting console even when the light on its front is lit, then check for any fault in the display.

The HDMI cable connectivity is very important for the proper functioning of the display so try changing it or check the display’s hardware. A bad or poor power outlet might also be the reason, to check this, try using another supply and check if the issue persists. This can be confirmed by checking for the white or orange light on the console. Another technique is to remove the power cord and let the console cool for about 20 minutes and then try using it.

The Xbox One console has a built-in surge protector hence an external protector is not required. If it is connected with an external surge controller then full power potential might not be reached hence, affecting its optimal performance.

If the previous fixes didn’t help then try resetting the internal power supply of the console by following these steps:

The reason behind Xbox One not turning on even when the power supply light is lit would be an issue within the motherboard. This must be checked by a professional and if found faulty, the motherboard must be replaced.

Also, read about: Lost Your Gamertag? Everything To Know About Xbox Gamertag Search

These are the possible reasons behind Xbox one not turning on and if issues are still faced then they might be due to the following:

In this article, we have discussed Xbox One, its features and focused in particular on an issue, that is when the Xbox One won’t turn on. Hope this was useful to fix the problem and enjoy the popular games and the Xbox gaming experience.

Connect AirPods To A Chromebook For A Better Experience

Run iOS Apps On Mac With These Easy Methods

3 Simple Steps To Set Up A Media Server At Home

Tired Of Spam Calls? – A Guide To Block Caller On Cell Phone

What Is Samsung Push Service And How Can You Disable It?

Learn How To Use USB Tethering On Different Devices

Does Your PS3 Have Backwards Compatibility? Find Out Now!

Don’t Get Wired: Everything About USB To Aux Cables!

5 Steps To Fix Parse Error On Your Android Device

Cortana Not Working?- 9 Steps To Fix it!

A Guide On How To Easily Reboot Android Phone

A Guide On How To Enable Dragon Age Origins Cheats And Cheat Codes To Ace the Game!